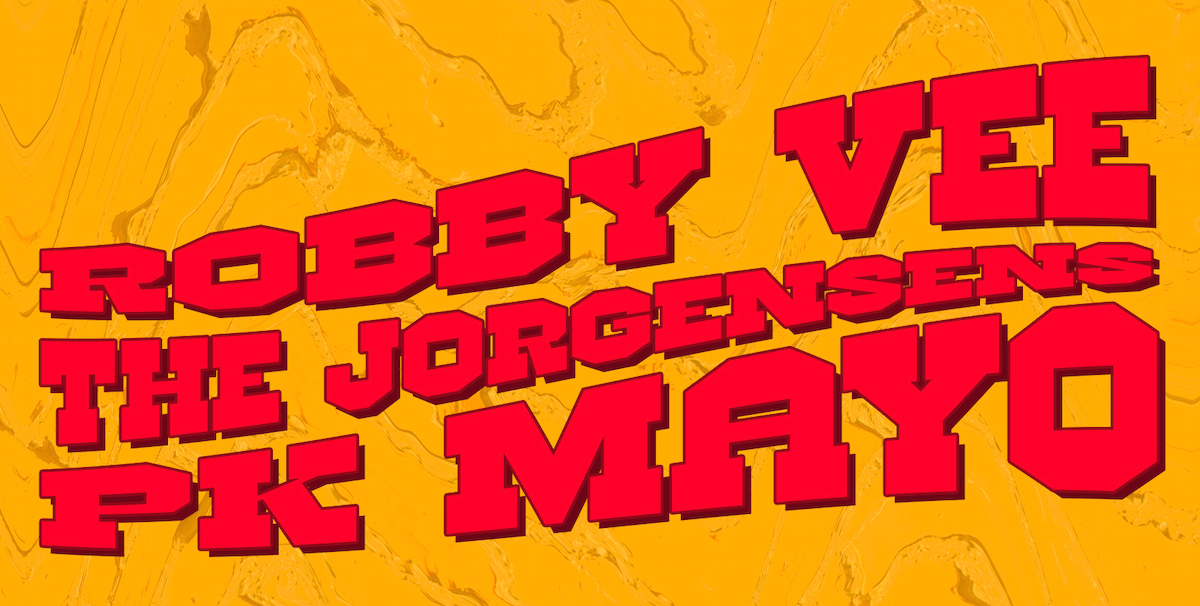 All tickets purchased online will be automatically refunded. For questions regarding refunds, please contact Etix at 1-800-514-3849, or at support.etix.com.

Robby Vee “The Prince Of Twang” was born Robert Velline named after his father Bobby Vee. He is recognized by both the American & Canadian Rockabilly Hall of Fames and in 2019 he was recognized by the IRRMA for a Iowa Rock n Roll Hall of Fame Nomination. Vee has been performing his unique style of Rock-n-Roll music for years on stages across the globe.

Having been on tour with the legends and architects of rock-n-roll, Robby has learned from, and shared credits and stages with the best, from James Burton to Carl Perkins, Bo Diddley, Albert Lee, Little Richard, the Everly Brothers, Sir Paul McCartney, Eric Clapton, Dion, The Righteous Brothers, Buddy Holly’s Crickets, Dick Clark and his ‘Caravan of Stars Rock ‘N’ Roll Show’, his father, 60’s pop rocker Bobby Vee and many more.

Robby is known for combining elements of his vast repertoire telling stories that bridge the generation gap from “the roots of Rock n Roll to the new sounds of Americana music of today”. As an Entertainer with many studio records to his name, countless guest artist credits, and a history of extensive touring, Vee has captured the attention of audiences and respected industry professionals both Nationally and Internationally. Claude Hall, radio-TV editor of Billboard magazine writes, “If this guy had been around during the era of Elvis, he would have given Elvis a run for his money.”

Vee is currently touring to audiences worldwide playing fairs, festivals, theaters and casinos in support of his new release Double Spin with his “Rock-n-Roll Caravan Show”, a celebration of the rock n roll era featuring a cast of rockers and top collaborators who are known for keeping this special brand of music alive and rockin’! ​

Connections between partners, whether they be spiritual, romantic or creative can be the origin of true magic. The journey of Brianna and Kurt, and evolution of their creative collaboration, has yielded an album that defines both of them through the vehicle of The Jorgensens. There is an honest authenticity of the repertoire they’ve created which is both timeless and classic. Their performances are genuine, soulful and relatable for many who will hear these songs. This kismet did not emerge overnight, but is the product of years of being in one another’s creative lives, collaboration, friendship, and inevitably falling in love.

Kurt and Brianna began working with one another in 2014. They were introduced by her mother, who had been a long-time fan. Brianna recalls, “She thought that we would work well together and knew that Kurt had put out multiple records that sounded great. We met in St. Paul at his house and I played through some of my original material. As soon as he started playing along with me the music instantly clicked. There’s no denying that it was a musical match from the get go, and we became fast friends. Every week we’d get together and cut tracks at his studio, and in the process shared details about our lives. We saw one another through some tough times. It was a moment in time where Kurt was getting divorced, and I was getting sober. What a pair we were.

The writing and recording gave us an out from each of our realities. Detaching from the drama, we were able to place our energy into creating something good. As I approached the end of the recording process it occurred to me that my time with Kurt was possibly coming to a close, and it saddened me. Not only musically did I love working with Kurt but I’d grown to love Kurt as my near and dear friend. I think he was the first person I’d ever been honest with in my life, and I didn’t want the collaboration to end. Kurt felt the same way, and we decided we were going to write, produce, and record an album together, while playing acoustic gigs as a duo. We completed our first album titling it Love Wins because in the process we fell in love with each other romantically.”

For Kurt, he reflects, “I was interested in producing other musicians, but was not interested in just recording people for money. I had listened to some of Brianna’s music and thought she had some well written songs and a very distinctive voice that separated her from other female singers. It is important to me to be unique or different, and Brianna felt refreshingly real in every way. As you would imagine we spent hours, days, and nights with each other so it was easy to start falling in love. She would show up in the morning for breakfast, and hours later would be leaving after a late dinner. As we were getting close to finishing, we had talked about the possibility of me playing guitar in her band. She didn’t have enough material to fill a full night so we started adding in some of my songs, and not long after we were bouncing song ideas off each other and it clicked fast. We formed as a team, and re-tooled my band as co-band leaders. Since then we have never spent a day apart. She is the love of my life on and off stage, and we have a 2-year-old boy and some great music as a reward.”

Paul’s natural musical talent on guitar, especially slide, both in concert and recordings, has garnered worldwide praise from his colleagues and critics. Publications Vintage Guitar Magazine and Blues Matters UK have drawn comparisons to the work of Duane Allman, Lowell George, Roy Buchanan, Ry Cooder and Sonny Landreth. His rich vocals have been receiving as much attention as his guitar tone and melodic riffs.

“PK Mayo,” also known as Paul Mayasich, started playing guitar as a youngster growing up across from a lake outside the Mesabi Iron Range town of Eveleth, Minnesota. The seventh of eight children, his love for music was sparked by his older siblings’ eclectic musical tastes and growing vinyl collections. Before getting his first guitar, Paul would practice slide with a 17mm deep well socket on his mom’s broom. A fishing accident in his early years left him without sight in his left eye. It was after this experience that Paul’s gift for hearing and playing music began to take over.