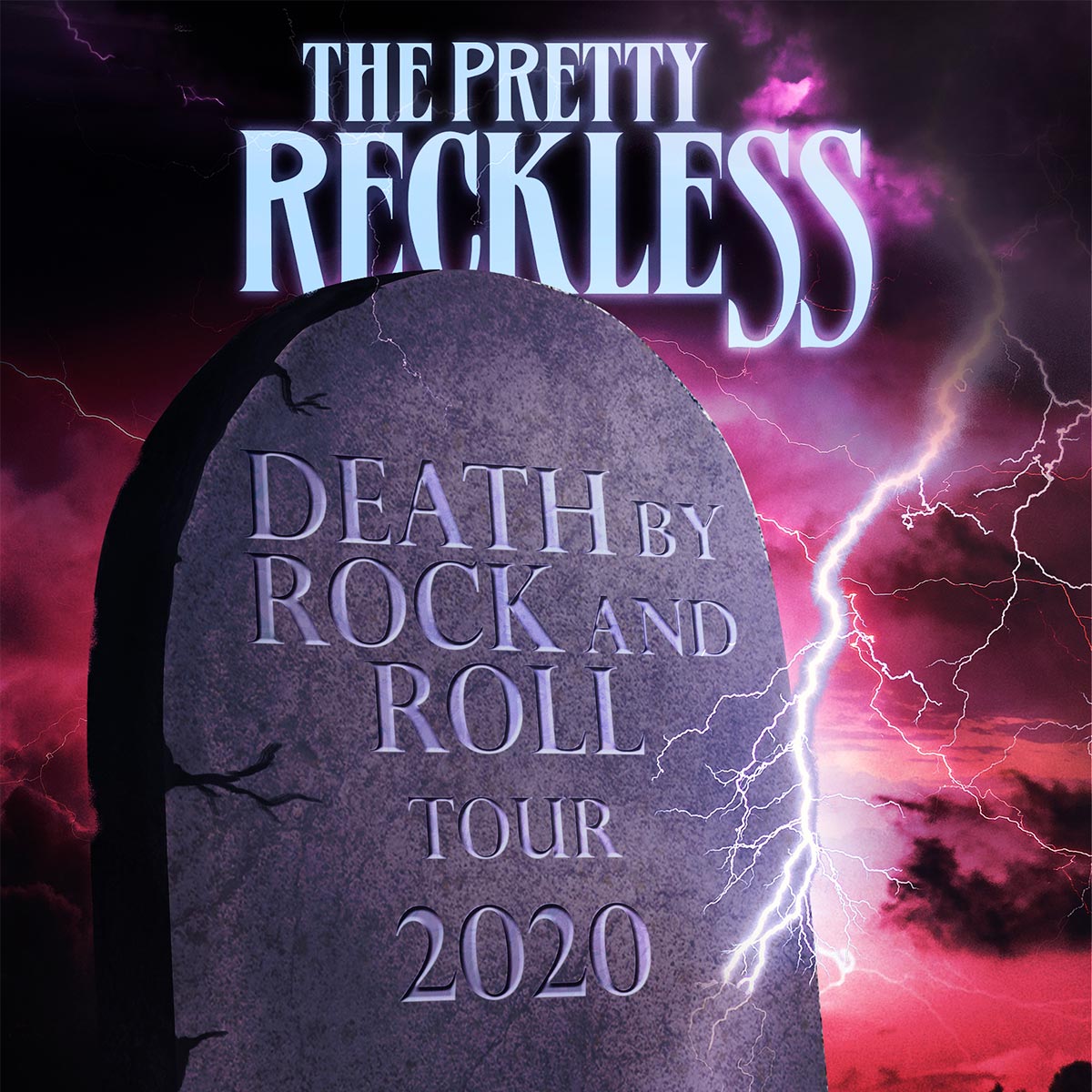 Note: The Pretty Reckless show originally scheduled for May 20 has been rescheduled and will take place on October 6, 2020. All tickets purchased for the May 20 performance will remain valid for the new date, so please hang on to your original ticket for entrance.

The health and safety of everyone attending our shows is our number one priority. Due to the COVID-19 pandemic, The Pretty Reckless headline dates in May 2020 have been rescheduled. All tickets remain valid for the new dates. Further questions or concerns can be directed to point of purchase. Stay safe.

Note: There is a 6 ticket limit.

Since forming in 2009, The Pretty Reckless quietly made history, sold out shows, and fiercely claimed a place at the forefront of modern rock music. The group’s 2010 debut, Light Me Up, ignited this rise. However, 2014’s Going To Hell set the whole genre ablaze. It debuted in the Top 5 of the Billboard Top 200 and spawned three #1 hits—the gold-certified “Heaven Knows” (the biggest rock song of 2014), “Fucked Up World,” and “Follow Me Down” — a feat that had not been accomplished by a female-fronted group since The Pretenders in 1984.

Their third opus Who You Selling For boasted a diverse set of standout tracks, including “Oh My God,” “Back to the River,” and “Take Me Down.” It also garnered press praise from Vogue, Nylon, and Billboard. Along the way, the group toured with the likes of Soundgarden and Guns N’ Roses and tallied half-a-billion streams. They maintain their place as rock outliers and leaders in 2020.

THEM EVILS are a late-night joyride through rock and roll's seedy underbelly. Born in the shadows of neon vice and nocturnal living in Las Vegas, nurtured by the proximity of Hollywood's famed Sunset Strip, and cradled in the same Orange County, CA home that has become synonymous to punk attitude and hard-driving rock history, the leather-and-black clad trio pen unapologetic songs that bristle with a nasty energy beﬁtting their name.

Inspired by equal parts of rock giants like Led Zeppelin, AC/DC, and Queens Of The Stone Age, among others, guitarist/vocalist Jordan Grifﬁn, bassist Jake Massanari and drummer David Delaney pay tribute to their roots with every crushing note on their latest self titled EP, a 4-song homage to the unholy goodness that is THEM EVILS. "We pretty much made our own scene," Grifﬁn says. "We started out doing straight up rock and roll, and that's what we're still doing... that said, we're always evolving.”

Grifﬁn and Massanari moved to Orange County, CA from Las Vegas in 2013, with nothing else to fall back on. It was there they met Delaney - the ﬁnal piece of the THEM EVILS puzzle they'd been trying to complete for years. Two EPs later (their self-titled release and the lineup's Cold Black Love debut)… They have toured with bands such as The Pretty Reckless, Alter Bridge, Zakk Sabbath and 10 Years while sharing stages at festivals with some of the biggest names in Rock n’ Roll. They are set to embark on a west coast run with Red Sun Rising and their own headlining tour this spring. They will play Welcome To Rockville, Caroline Rebellion and Rock On The Range this year as well as release another EP!

Buckle up, this is gonna be one hell of a ride...